I was helping troubleshoot a data issue earlier today so to test if their data was working I decided to send an MMS (photo) to their phone in the US and used my phone with the unlucky $13 plan since an MMS text would not be metered against my 50 SMS texts that cost $0.15/each. When I logged in a few minutes later I noticed my usage counters showed 2/50 texts and 2/50 min.

Since I rarely use this plan I checked my phone's usage and confirmed one phone call was made for 1min. 12sec. but checking the texts messages showed only recieving short code texts and one MMS that I sent and later another MMS I sent to the same number that is in the usage history but my text usage counter remained at 2/50. So I believe as expected those 2 MMS were not metered against my usage.

I have recieved short code messages from all of these short codes previously except for one....6400.... that I recieved 2 messages from and replied with 1 message. If anything I could see the reply message being metered but I suspect that it is the 2 incoming messages that have been metered against my 50 texts. These 3 messages do not appear in my usage history either in my self serve account or in the downloaded excel file. The short code 6400 is from pm's customer support live chat option.

Has anyone else on this plan chatted with customer support via 6400 or is there another explanation for the 2 metered texts?

Curiously I just now looked at the previous 30 day cycle and it shows 3 metered texts of which I recieved one SMS, sent one SMS and the rest were incoming short codes from 6400 (5 pm verification codes) 5129 (2 reminding me my credit card has expired) and Emergency Alerts (3 about the shooter in Langley on July 25th.) So where does the extra 2 metered texts stem from in the previous cycle? 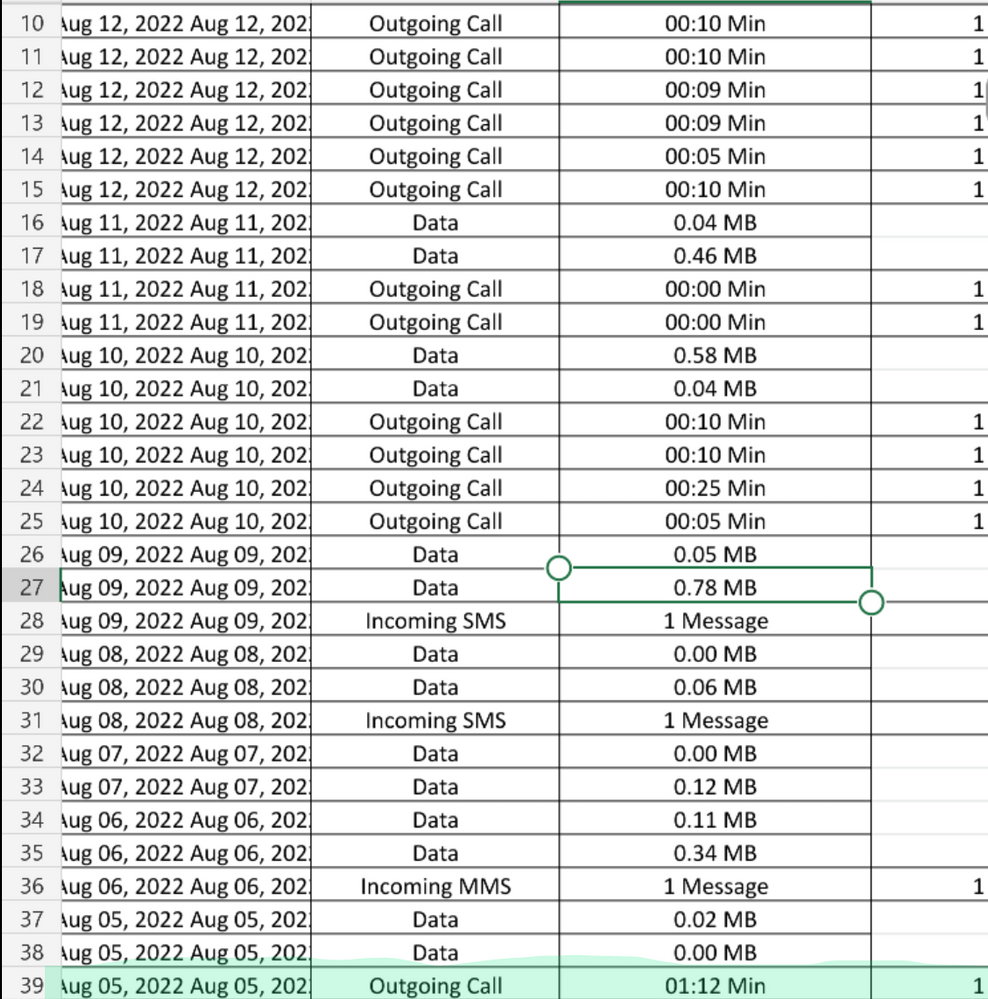 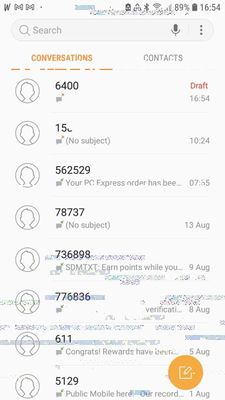 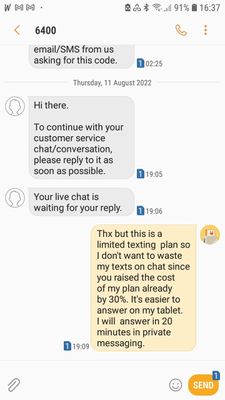 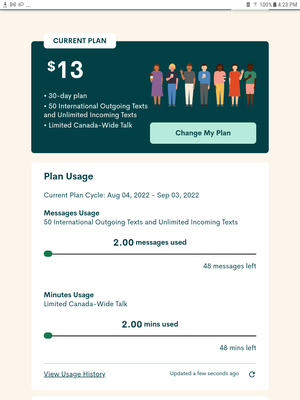 I'm using this account to text with the Telus tech guy over my ongoing issue. Maybe I should ask for a credit of a number of texts.

Adding - it looks like you replied to a number just below the 6400. Although the 6400 says draft.

That was the MMS test text that I sent to test the data issue. I sent a second one to that number after logging in and it didn't increase the metered texts from 2 to 3 so my assumption is the first MMS did not get metered either. The authorization texts from 6400 I was sent in July did not appear to increase my metered texts either.

Then it's still a puzzler how you came to 2 texts - assuming your details from Aug 4th have no outgoing listed.

A thing I miss from an older phone was that if the text was long that it simply broke it up and then the other end put it back together. My current phone will flip in to MMS mode when I keep typing. Maybe it's the stock app. Not sure.

The dates are wrong in self serve....I renewed on August 5th. August 4th only had a phone call to my Mom to use my minutes up.

@darlicious- I had to go re-look at that. I see now. The start date is one day early. The end date is the last day of the 30 day term which I'm fine with.

Ok I didn't notice this before but the 2 outgoing calls on August 11th (00:00min) are listed with the destination number being 6400. So the two incoming messages from live chat that are metered are at the same time but my reply 4 minutes later is not recorded anywhere in my usage except on my phone. 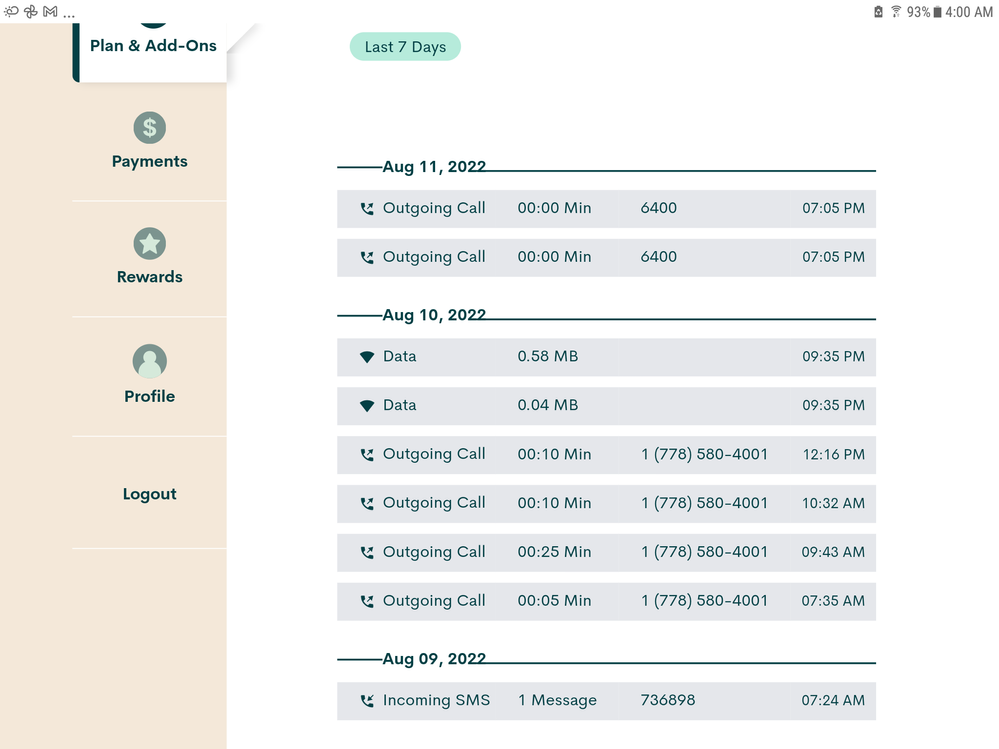