Ok I put that dunce cap back on....I can bring up my url but I can't bring up anyone elses? 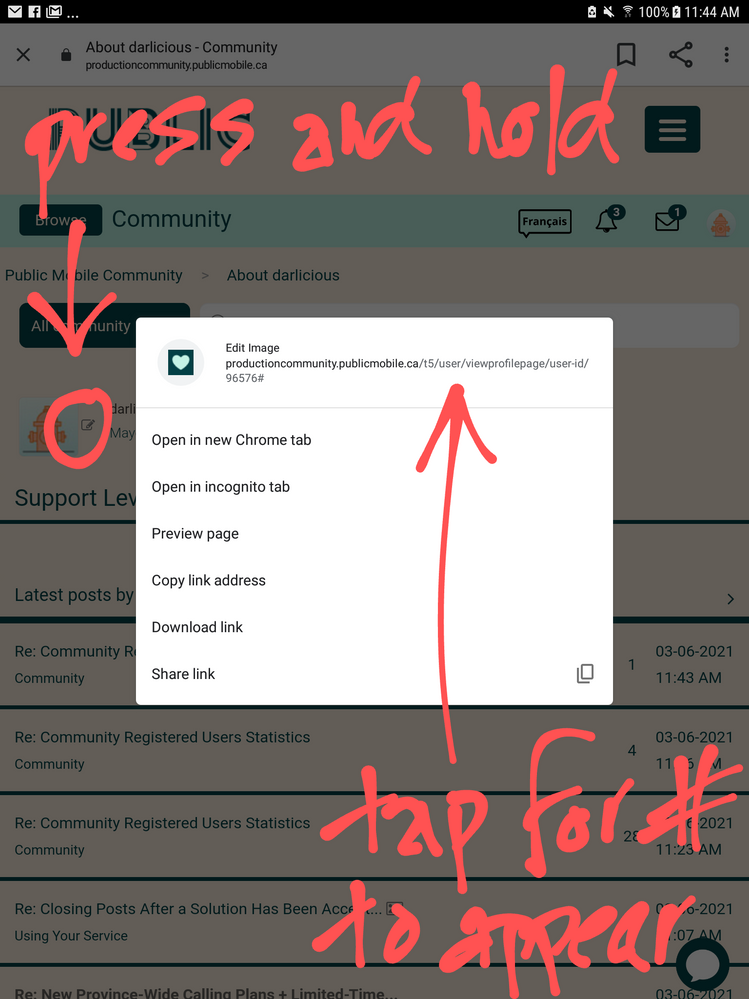 @Nezgar : Ok. I'll start. It would appear that the account number is about certainly sequential with some filler growing space to the beginning 1. I started here in 2018. That number was in the single millions.

@darlicious : hover over a username. My browser shows the url at the bottom. The end is the number. 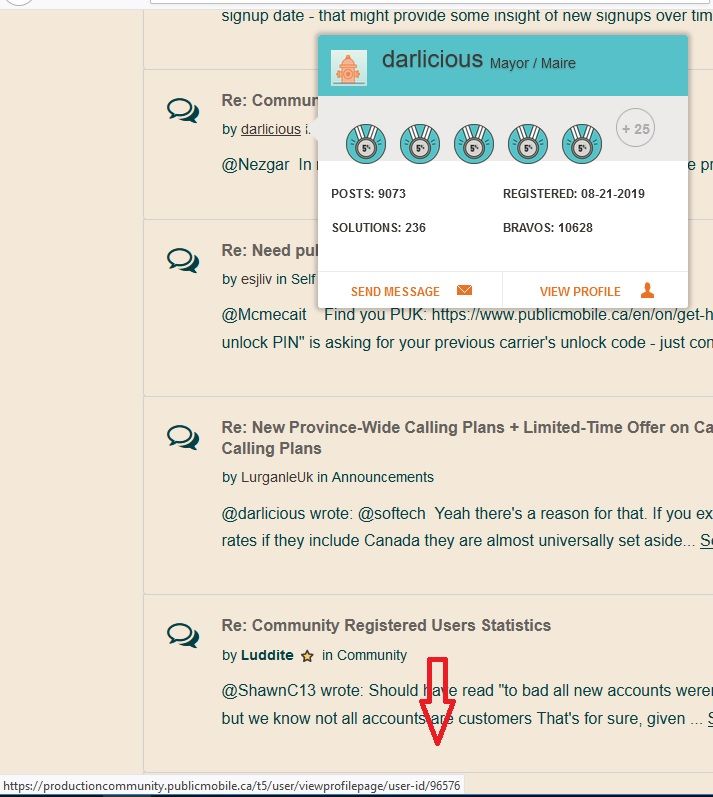 Thanks!😃 Again a slightly different process to pull up the #..... 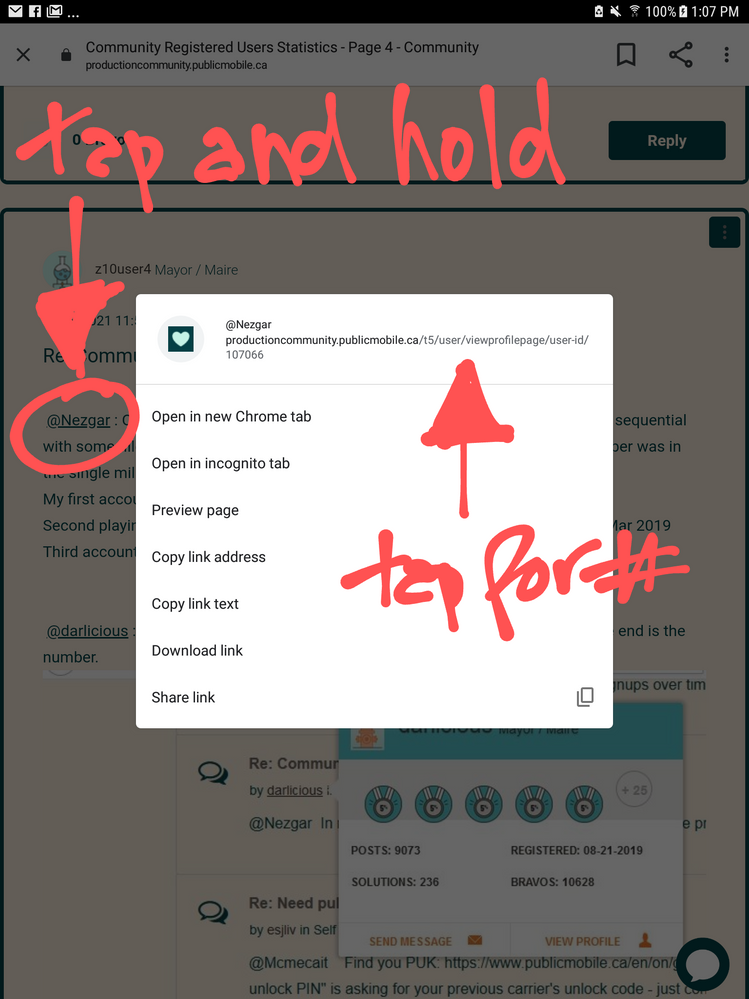 The community profiles created since the beginning of the year and about 20 minutes ago : 11,381.

And another...click on someones username. In the address bar and go to the end of it. 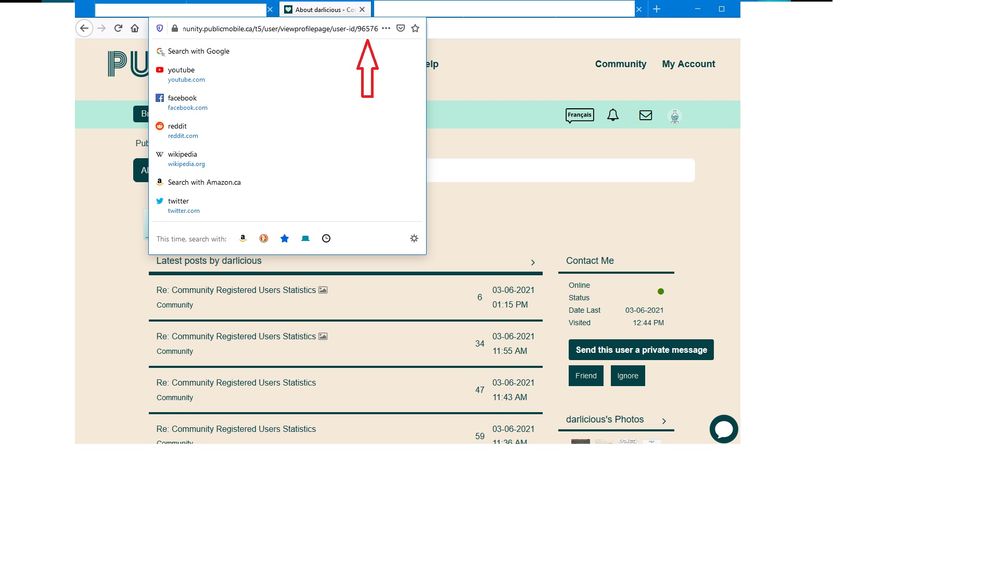 Not on chrome but on firefox its much more user friendly....tapping the profile name brings up the info immediately. 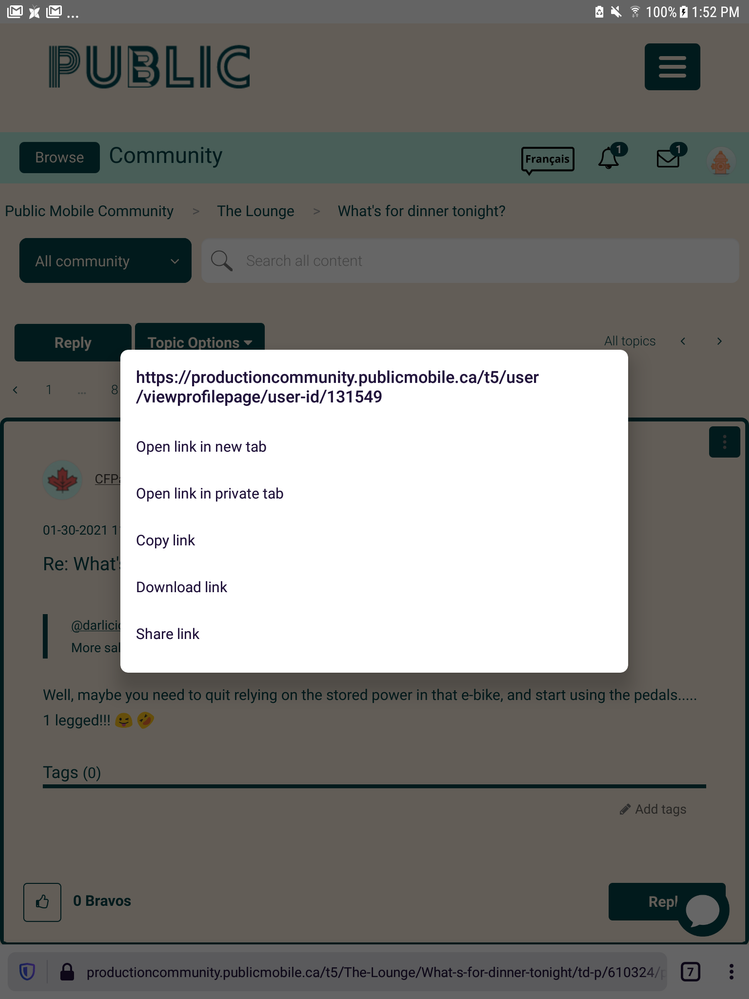 Thanks to your numbers rounded to the nearest 10,000 we have learned that also shows that approximately all summer(2019) each month does average about 40,000 new accounts with less than 10% of that number creating a community account year over year. I think considering 2020 was adversely affected by the pandemic with very few activations between February and June when pm had no promos til May 2020. Other providers were offering no overage fees and unlimited usage for their customers so there was very little movement between providers.

It would be nice to know not only some older activation numbers from the likes of @Luddite  or @ShawnC13  but a very recent one (all rounded to the nearest 10,000 or maybe 5,000) to get a better idea of the effect of the boxing day/new years promotions since it had a definitive affect on community account creations. With the end of the year having approximately the 2,300,000th account created showing the monthly average dipping to about 30,000. Anyone with access to an account activated around new years last year would be able to give us year end numbers for 2019.

Here's a Hail Mary you could at least give us xmas day 2019 numbers?!!

@darlicious : How about you also posting your stats of what you manage. hmm?? 🙂

* I am happy to help, but I am not a MOD please do not include any personal info in a message to me. Click the  in the bottom right to create a trouble ticket *

@ShawnC13 : Do keep up. 🙂 🙂 (<-emojis) Seems the thread has morphed over to the serialized account number.