PM $40 15GB plan seemed like a good deal, not so much anymore

Wonder if PM is going to lower the price even further as Fido/Koodo has $30 for 20 GB. Koodo even has it for $25 on a second line. And that's for LTE data speeds...Those that are paying $40 in the big PM thread on RFD should be up in arms and push for the adjustment in price. We customers do not have ESIM, Wifi calling, have slower speeds, no call center, etc as it is.

We should also make a bigger deal on the $15 and $25 plans pricing now that data has become much cheaper. Like unlimited minutes on the $15 plan and more data on the $25 plan. Again, your sister company Koodo is giving customers 20GB for $25 on the second line... while us PM customer pay $25 for 1GB. Is there something wrong with this picture?

Not trying to complain, time for PM to be more competitive though!

that's awesome 👍 they will have better 4g then PM

You would have to check RFD, there is a separate thread now specifically for existing Fido customers, not sure if it's for some or for everyone

I appreciate the exposure on the Fido plan. Just to clarify, existing Fido customers can also opt for the $30 20 GB plan? Is it at 4G speed and pre paid?

Similar mobile offer at Telus store in Pitt Meadows. No mention on internet though. Nice deal for sure. I wonder what the small print says in regards to longevity of pricing.

Pm is 3g as well until recently. The $25 plan is 3g. We all know you can lower costs just as others can with Koodo. Have to compete though, the recent popular $40 15gb plan is no longer competitive. $25 for 20gb on a second line vs 1gb at 3g via PM is not competitive either. Be nice to see a little more on the $15 and $25 plans. PM does have the $35 20 gb plan now but it is for new customers only. We are seeing confirmation on the Fido deal that existing customers are able to get the deal as well.

Koodo and PM are the same so yes, PM knows about the promos. the higher tier will usually have the better promos during this time. PM has never really been competitive apart from the last 3 months. what brought me to PM was knowing that there was no customer support, it is a DIY service and I would be able to lower the cost of my bill. imo if one isn't willing to take advantage of the rewards, there are much better companies than PM. and since the new introduction of the new points program it gives customers little reason to stay.

chatr is 3g, probably the reason they are making it cheaper.

That is still just over a year to find or change to better or new deal. No contract. It is a no brainer if you want to put in the time and effort to save some cash!!

All good. That would be up to the marketing dept. No use speculating or demanding this or that. Just asking nicely...Carriers are doing things differently. As mentioned Fido gives you $5 off for the second line, have not confirmed the additional 1000 min LD bonus while Koodo at Mobile Klinik is giving a $100 in store credit on the same $30/20GB plan. Koodo also does rollover, referrals, etc so they have their own perks...PM could do their own take on the promo if they so choose. Attached are the pics I have so far. 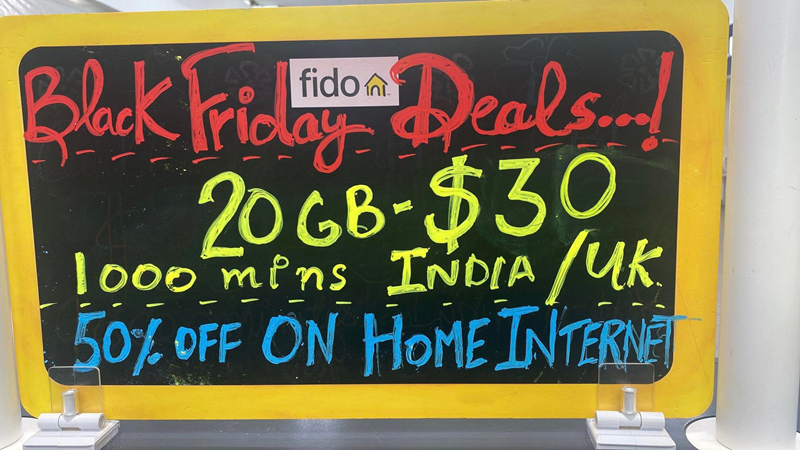 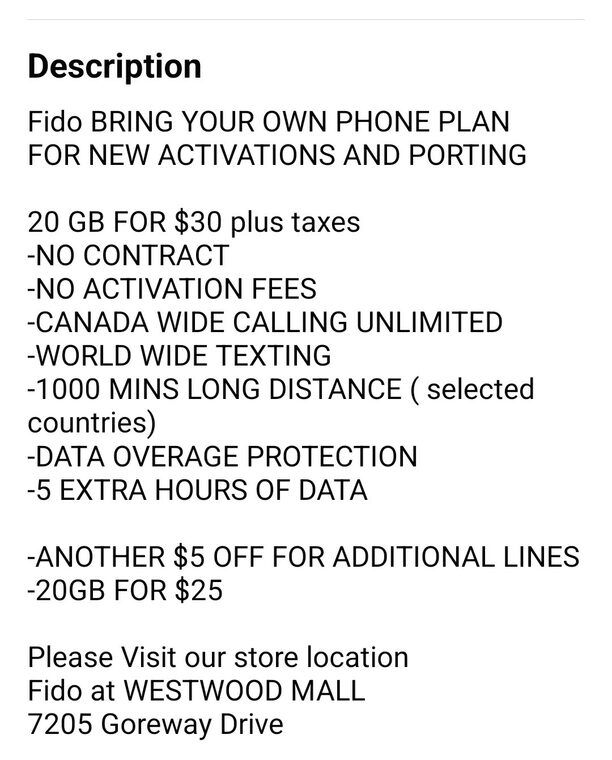 Yes that's fine but I'm sure that the marketing department and most customers want to compare apples to apples, and not apples to oranges.

Not going to nitpick. Made the thread, I'm sure the big wigs will see it if they don't already know the promos from other carriers already. We'll see what they want to do if anything. However I'm sure most customers paying $40 for 15GB would prefer $30 for 20GB. Yep there's rewards and perks with PM which is nice but most would agree that's quite a bit more with Fido/Koodo for quite a bit less.

@htauthority Chatr has 4G speeds now as well? News to me.

It was $40 for 15GB. Corrected the title above as well. Chatr has it for $20 for 15GB lol but they tend to raise prices so have to be careful there... Still it's half the price.

Oracle
In response to Quigley
Options

I meant the $40/15GB, but it applies to both.  Generally the Public Mobile brand is well liked when a good deal comes out even if it doesn't appear on the surface to be the best offer.

@Quigley- The subject line is also problematic. But oracles should be writing things factually correct.

I look at RFD up votes as a proxy for how much a deal is liked.  The $45/15GB offer is liked very much.  Think bigger picture, permanent pricing, rewards, etc.

No complaints there. The legacy rewards is suppose to be better than the new 3x rewards but that's up for debate. The add ons and bonus data and minutes is a nice touch from time to time. However most customer are on PM due to price. When the marketplace changes and the sister company has much lower prices then we can hope for better.

@Quigley- Yup. Just Koodo and Public do that. iirc one or two other smaller/regional players do or have rollover features. But none of the 3 tiers of the big players.

@htauthority   you are perfectly correct.  Nothing is forever, that was why permanent was with "quote"

But, PM did not increase plan prices many times in the past.   Again, of course, they can do more price hike in the future

@htauthority   Why just focus on just the price and data of a plan?  You look at the other details too. In my opinion. Don't take it personally.

Try to find another phone provider that offers add ons that don't expire and let you use them up until their all used up.

So you have 15 months to shop if a better plan comes along. I don;t think there is such a thing as permanent. PM did attempt to eliminate the old $120/90 days promo until customers complained.

They have raised the price on a legacy plan: Important: Effective April 28 2022, the price of legacy plan $10 for 50 Minutes and 50 Texts will be increased to $13. So PM has and can change pricing, in fact the 15 months guarantee I see as an advantage, not a negative because you get guaranteed pricing for 15 months.

It's all good, just making PM aware what's going on in the marketplace. PM is a no frills, low price service so they probably will come up with something to match the competition (hopefully). Unless that competition is limited to Lucky Mobile. Not seeing much for plan promos on the Bell side so far.

@htauthority   PM can't please everyone all the time. The mobile business is very fluid and cut throat 🙂