Okay.  I like Public Mobile but trying to get help or make a complaint is **bleep** near impossible.  I purchased a US Roaming package for use Aug 3 - 10 for our Alaska cruise.  I was not able to connect at all in Juneau, Skagway or Ketchikan yet my daughter who is on a free Shaw student plan had full connection.  I did not use any minutes of the plan due to connection failure.  I am requesting a refund or credits for this package.

@Paul545 hi due to the 3g shutdown in the states the US roaming packages are not the most reliable right now , to request a refund

1. you can open a ticket through Simon here https://publicmobile.ca/chatbot.

2. alternatively you can private message them here

check your community envelope for a reply

contact to support team by private message CS_Agent  to remove those add-ons or get credit.

You will need to contact a CS_Agent for a refund or credit through private messaging or create a ticket on SIMon Chatbot since PM is all done online.

@Paul545 hi due to the 3g shutdown in the states the US roaming packages are not the most reliable right now , to request a refund

1. you can open a ticket through Simon here https://publicmobile.ca/chatbot.

2. alternatively you can private message them here

check your community envelope for a reply

You can certainly ask for a credit. What steps did you take to enable roaming on both pm's and Shaw's roaming partner AT&T in Alaska? You can only connect to the 4G LTE network so voice calls will not work you would only be able to text and use mobile data unless you had a voip app on your phone like fongo or textnow. Coverage in Alaska is not like coverage in the lower 48 and cannot be expected when in the actual cruise ship.

Here is info on the normal steps to be taken when using US Roaming add ons and the decommissioning of the 3G network in the US.

Coverage in Alaska with AT&T.... 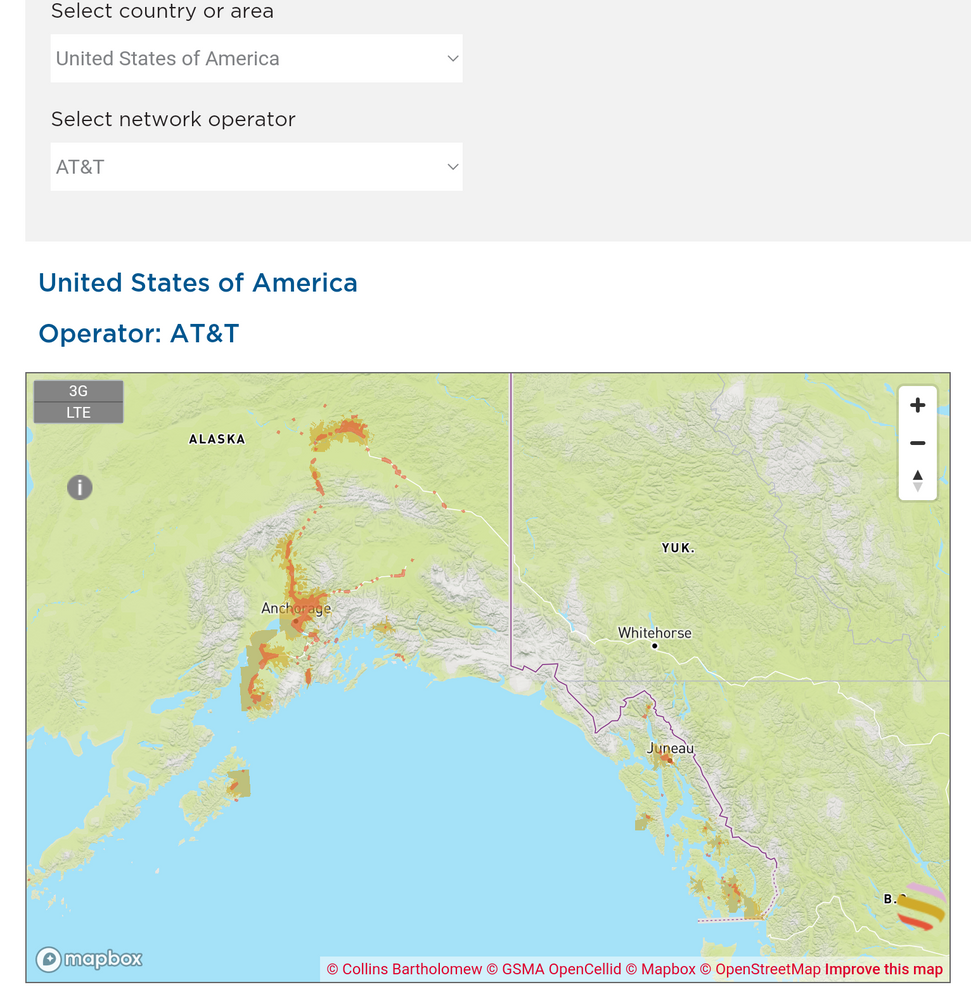 I thought the "3G" network was basically speed throttling; running on a 4G network with speed capped at 3G? I have an iPhone 11 and it shows I'm connected to the 4G/LTE network, just speed is capped at 3G speed (about 3Mbps).

@Gooners- It's the grade school marketing level around here. They chose to call the throttled LTE - 3G speed. It's not even that. 3G HSPA data can get much better speed than the throttled speed. The term LTE-Lite has been mentioned around here over the years.

The stupidity of it is that 3G is in fact a thing. It's also known as UMTS and WCDMA and HSPA. It's the protocol that voice uses around here. Not so much in the states now though.

But somehow or other, these grade school marketing types are making a whole lot more money than I am. So apparently they're doing something right according to their bosses.