Edward Snowden (the "alleged" ex-NSA WikiLeaks guy) disables the microphone in his phone. He physically snips the mic wires, removes the mic component, or extracts the mic logic chip from his phone before using it. He just plugs in a wired headset whenever he actually wants to use the phone to make calls/etc. He doesn't want his phone listening to everything he says/does when he's not actually using it.

The phone itself is basically a tracking device, it constantly pings two-way signals on a network which triangulates its signal and position at all times (that's how cellular radio sites work, lol). So what's the point of wrecking your GPS?

While temporarily disabling the camera(s) can be as easy as just sticking a thick piece of tape across the sensor.

I did something like this with my two most recent (now broken) phones. Except instead of yanking hardware out, I wired the mic, front camera, radio antenna, and speaker components to switches mounted along casing edge. (The speaker isn't a piece of hardware which could be used for surveillance and tracking, lol, but it can be an annoyance I sometimes want to shut off. I used to directly wire the battery - instead of the speaker - to an on/off switch, but I found this caused endless stupid cranky software problems.)

I just don't trust software. I never trust software I didn't personally code/inspect and compile. I don't even trust firmware, it's just software running underneath software. But I do trust hardware, power and signal simply cannot flow in circuit when the wires are cut. 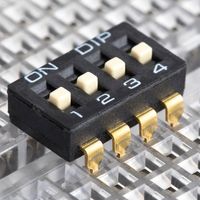 Gonna do it all again with my new phone, of course! Just waiting for alibaba to ship my fancy low-profile spring-rocker IP-rated (sealed, dust-resistant, water-resistant) DIP parts. Learned my lesson long ago, after too many DIPs into water. Spent big on them, y'know, almost $0.25 per piece.

Does this mean I'm a paranoid tinfoil-hat weirdo?