Every one in the community know that I love complaining. Well today I am complaining about the cell coverage and how is it killing my battery. Any one can hell me out with that. ?

So I having been monitoring my battery and how is it getting drained like Niagara falls every day.

After looking for culprits I seem to find that the radio search is mostly at fault. 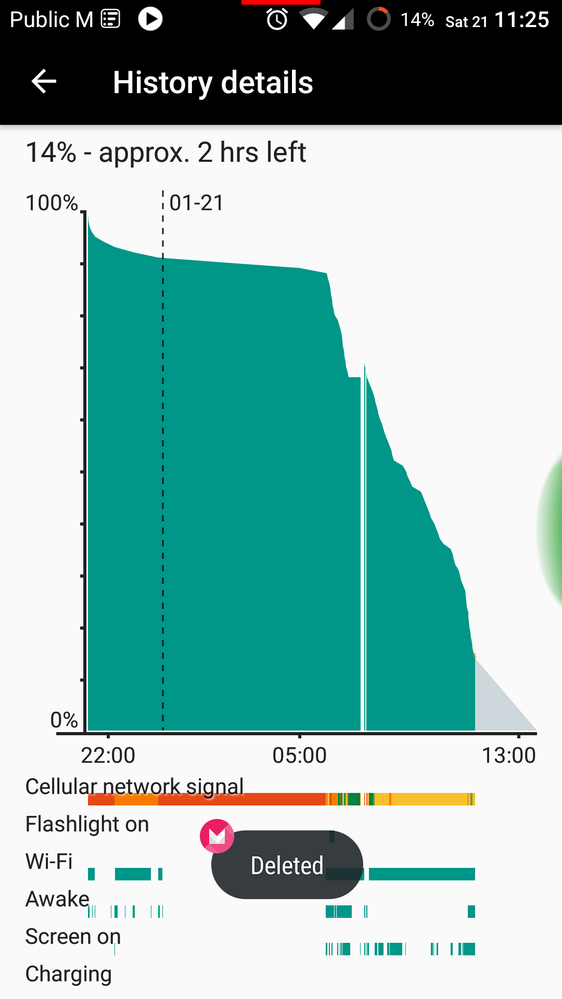 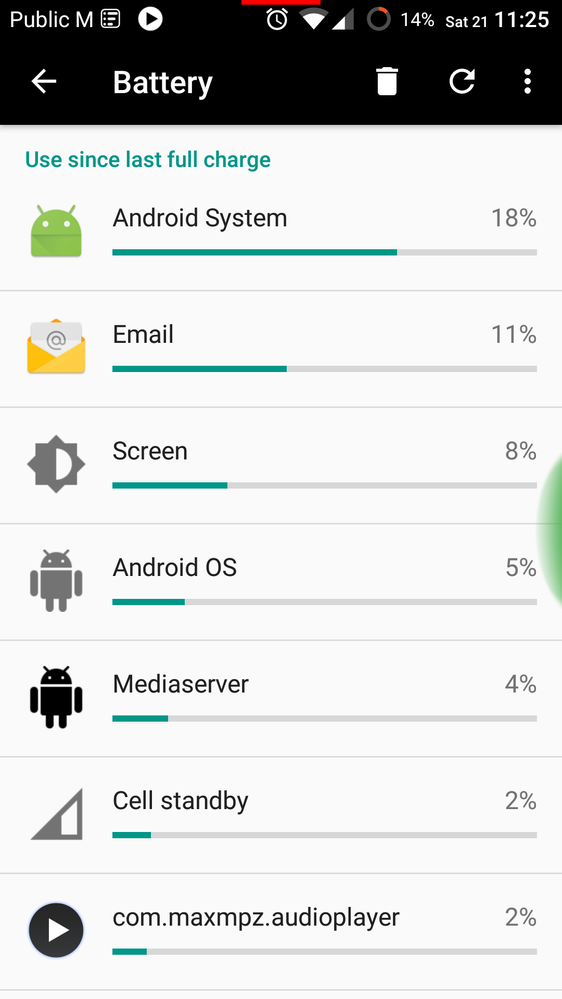 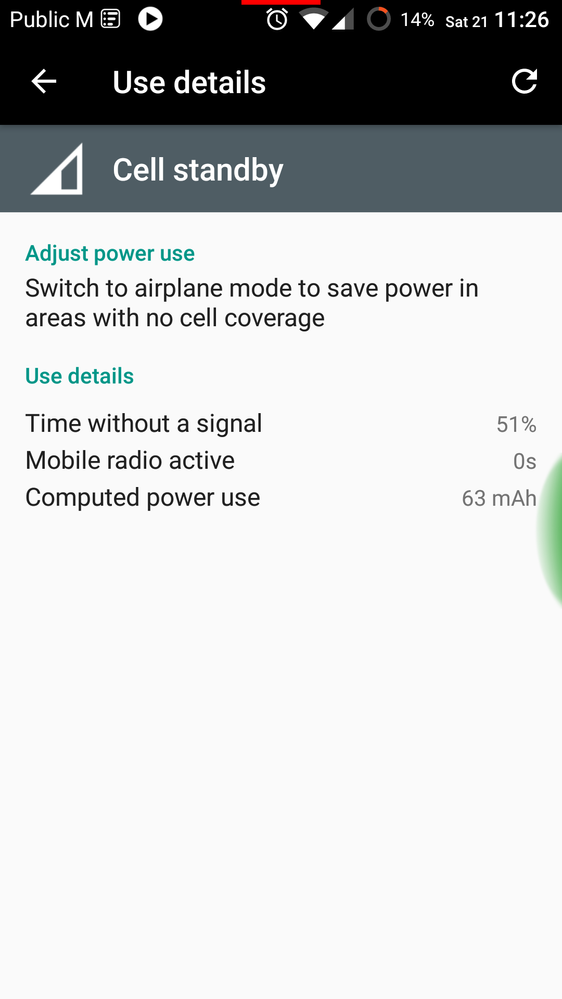 As you can see from the colors it is always on the orange and the red; and out of service for half of the time.

I am going crazy as Greenify is bring some of my sanity back but I do appreciate of you guys had some tips on how to deal with this especially at home where I can only get a max of 2 bars of either LTE or WCMDA. (And that when I am near the window in the 2nd floor)

I am on Android 6 and I do appreciate any suggestions

Thank you for taking the time to write this. 🙂

I already performed a factory reset (twice) one of them was to resolve LTE issues and it did fix it , the second for the battery . I do clean both types of cache, and yes most of the time I do wait for all the apps to optimize. (at least it went from 450 app  in old ROMs to juste 250 app in the new ROM)

If you have other suggestions please let me know, I would like to leave the new ROM since it took me about 4 other ROMs to find a good stable version.

OP, please indicate hardware and rom you are using.  This is important for shaping feedback.  For me android OS battery drain is caused by Google play service which is not part of battery optimization.  I have found deleting all data in play services and letting the app reconstruct it resolves the wakelock issue.

I run omni rom 6.0.1 on an Oppo find 7 with greenify/xposed framework.  The phone is usually awake less than 10% of the time and correlates to time when the screen is on and when sync operations are being done.

Started using Xposed + greenefy combo since the weekend but before that I was only on greenefy aggressive dose.

The problem is probably with your custom ROM the only ROM I found stable and somewhat good was cyanogenmod but that was way back, and even that had minor issues.

Thank you all for tour suggestions, I am now going full guns blazing to see what's going to happen + amplify . l Good thing I have rooted the phone. I will update this post once I have enough data
1 Bravo
Share
Reply
Go to solution
Devil_tear
Great Citizen / Super Citoyen
In response to zhadj030
Options

You should have tons of options on an S5 for ROMs... Try different ones... But most of all do some research on your baseband and check if you are on the latest version...
1 Bravo
Share
Reply
Go to solution
zhadj030
Mayor / Maire
In response to Devil_tear
Options

I do indeed have tons of options I have tested 4 of then so far in the last 3 yrs, lately I wanted something new , I wanted more stability then really features. Plus this is the only ROM that actually fixed my GPS system.
1 Bravo
Share
Reply
Go to solution
Devil_tear
Great Citizen / Super Citoyen
In response to zhadj030
Options

Did you check your baseband? Is there an updated one you can flash?
1 Bravo
Share
Reply
Go to solution
s2scotty
Great Citizen / Super Citoyen
In response to Shutdown
Options

FYI,,, cyanogenmod (CM) ceased to be in the custom ROM business (going forward), effective 2016-12-31. As of this posting (2017Q1), their store of custom ROMs for the full plethora of past-supported devices remains online and downloadable. However, CM's --private and commercial-- infrastructure (i.e. server farms and networks) that has underpinned the open custom ROM catalog may disappear at any time. Also, there is NO new or updated ROM builds forethcoming. It's now frozen in time at the builds made right before 2016-12-31.

Instead, LineageOS (lineageos.org) is CM's builder of open custom ROMs successor. At present, they are supporting/building the following:

The supported device count should grow over time as more human resources (dev's) "show up" and contribute. Also, owing to fewer technical and human resources right now, LOS builds are  "weekly," not "nightly" as wasCM. CM ROM operations was principally funded by the commercial branch of CM. LOS will crowd source fund when they are ready.

I personally run Nexus 5 and Nexus 7 devices on LOS 14.1-20170131; they are current on google-issued montly security patch update 2017-01-05. Both devices are perfectly stable and both are faster than before on stock android.

Good luck with your ROMs.

Thank you everyone for your intakes. I am not sure which one did the major job but they all worked. So now I am back on a good battery life again.

Special thanks to @will13am for mentioned the waklocks and exposed I was trying to avoid them since I didn't like to mess with them but now I had to deal with them.

There were indeed some issues with the system and I worked around it by playing on other apps and the mail app came from GApps project had the little default so I switched it with Gmail and completely disabled it for some synch issues.

This is the latest battery life on the 7800 mah it's back to two full days usage.

Thanks everyone for the great help.