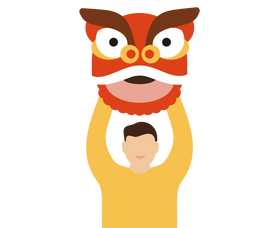 Happy Lunar New Year! To celebrate, starting Wednesday, January 11, until February 7th, 2023, new customers can get an extra 5GB of bonus data for 8 months when they activate on select  plans with promo code: BONUS5FOR8

How to Get this Offer:

This offer is available to new customers who activate online only. Rules and conditions may apply.

**Offer Details / legal: Limited time offer. Offer available to new activations online.This offer is subject to change without notice. Activate on an in market $40 or more plan using the promo code and get a 5GB data bonus for 8 months. 5GB data bonus expires at the end of each 30 day period. Bonus data will expire if the account becomes inactive or the rate plan is changed.This promotion is not stackable with other in-market offers. Taxes are extra. The account must have sufficient funds to cover the total cost each month.

@MrsBlah- You are not reading correctly. You're overlooking the B. It's 5GB not 5G.

So am I reading correctly that 5G is available for new customers, but my options are limited to 4G? Or are the 4G offerings basically the same/will be upgraded to 5G?

Public Mobile customers cannot access the 5G network.  This promotion is about an extra 5GB of data. The network type doesn't change.

a week ago - last edited a week ago

Edit: Totally not reading it correctly. Should have taken a second look in the morning. Thanks to those who replied.

So am I reading correctly that 5G is available for new customers, but my options are limited to 4G? Or are the 4G offerings basically the same/will be upgraded to 5G?

Mobile providers are after one thing ....profit.

Huh and here I thought they were a charity

There are FAR worse offenders to society than cellcos

Mobile providers are after one thing ....profit. Their current strategy is quite simple. With a review of the WCC and the CCTS this year along with the CRTC's new mandate they want to ensure they maintain their current monopoly of the telecommunications market in Canada in order to maintain their high profitability and continue to benefit from forbearance practiced by the CRTC. They do not want any additional regulation to interfere with their freedom to manipulate the marketplace on their terms.

The recent flurry of a variety of plans aimed at consumers subscribing to the middle and higher priced plans that offer mobile data buckets priced as low as $1/1gb achieves several very important goals for providers in Canada :

Overall this results in the average cost of mobile data per gigabyte appearing be 50% cheaper while providers increase the ARPU by 10% while keeping operating costs and expenditures the same all while appearing that they are complying with a mandate to lower plan costs and increase plan offerings. A self-regulation slight of hand exhibition of non-competitive market forces.

I manages 8 PM accounts for my family and all of them were activated 3 or 4 years ago..

The $25 1GB low speed plan is reasonable and is not cheap.  If you don't need the 1GB data, you can use the $15 250MB plan and the annual free data add-on + purchase additional data add-on.

@Pawprints1986    I think the non-expiring data (and mins) add-ons is what I really like about PM which Koodo also has and at one time Koodo used to have sales of double the data/mins (inc. US roaming data/mins which doesn't expire) for the same price although I'm not sure if Koodo still have these sales anymore or not.   So for the lower priced plans at PM, at least we have the option to add data as we need it rather than have it go unused on a plan with excess data.

This too. There's really not a whole lot for options for light users, it seems to go from too light or none, to a bunch of excess with not much options in between. Because most carriers also have the caveat that if your base plan has no data, you're not allowed to buy an add on. Or at least it was that way when I switched almost 3 years ago

PM low priced plan with data speed capped to 3Mbps speed 3G plan to tailor to customers with low data usage.  Customer does not what the high speed data to eat up their low bandwidth plan quickly by touching the wrong link.

My son used over 5GB data every 30 days.  He was using the free data add-ons from the last 3 years after using all the plan data before 30 days. Switching to the $40 15GB 4G speed plan allows him flexibility with the same monthly payment.  He only used about 7 - 8GB data/30 days after switching to the new plan.  It is not a waste as he is speeding the same amount each 30 days and has the flexibility to use a bit more data.

marketing and profit is their goal, there is not much cheap data plans from all the carriers. they all promote 40/50/60 G datas, which for most of the people a waste. my family member has the 40 for 15G, it was barely used any data because of the wifi everywere. as a consumers we want to a cheap plans to suit our needs, but sellers thing different way, they need make more profit.' overall too expensive in canada which sucks

Unfortuantely, customers will view this promotion as very weak compared to recent offerings.

I find it amazing, in the industry overall, how they're basically willing to throw data at people for cheap or even free for a time now, but they don't reduce in market permanent plans with less or no data. Cheapest unlimited minutes plans are $25 and it comes with 1 gig on 3g speeds. Is talk and text really that much? Koodos cheapest post paid, also 3g is $35 and comes with 3 gigs, they don't even have the option for 1 gig. They do have a $32 with pay per use data with unlimited minutes though. That suggests talk and text alone with them costs $32. Maybe it does if you're actually on phone calls near 24/7 but how many does that apply to these days? Lol

I'm glad data is becoming more affordable overall, but why isn't talk and text ? 🤔 why aren't talk and text with unlimited minutes like $10 at this point? Myself I just switched to the 3g 3 gig plan, from the grandfathered 3g 2 gig plan (forget when that was, last year sometime? Maybe longer?) , both costing $30 so I figured why the hell not, but why not instead add a gig to the $25 3g plan? Or create a 4g 2 gig plan for $30 since there now is a 3g 3 gig $30 plan which is not a promo.

This is meant more as observation than actual questions, I know it's about their bottom line - it's just interesting is all

Also, with the better $40 plan still available this promo isn't that great... I hope this doesn't mark the end of that plan.

It's linked to the plans page but not the Lunar New Year promotion page.

Or change your source copy to "below the threshold price".

Assuming of course that one can change plans up to a higher cost plan and keep the promo.

You do not have a working link in your announcement post to the web page to submit your email address to recieve the promocode.

@J_PM @Happy lunar new year ! Thanks for the update