"Want to talk about your interests, hobbies, or anything that’s not related to phone-stuff? It’s all here."

Books. Who reads books? What are some good books?

I'm becoming convinced that literature just ain't what it used to be. It's becoming as vapid and mediocre (and sometimes obnoxious) as film and television have become over the last couple decades. As pop music became during the decades before that.

Is it just me and my uncool uncorrect antiquated dinosaur sensibilities? Or is this last bastion of entertainment and information finally becoming worthless trash along with the other media?

I enjoyed the following book recently:

Bad Blood: Secrets and Lies in a Silicon Valley Startup

You can also see lots of videos regarding Elizabeth Holmes on youtube.

I remember following the Theranos story quite avidly for a while. I have a little bias.

Very interesting that Carreyrou should be the author of this "biography". Because he also has a little bias, lol.

I'll see if my local bookstores or libraries have this one.

A saga of 5 to 15 (or more) "made for television" books ... written (under pseudonym) by J. K. Rowling ... about a private-detective /slash/ ex-royal-military-police-special-investigation-branch-officer.

I do thank you for this recommendation, but this is very much not my preferred kind of genre. I tend to like my fiction more edgy, contemplative, and provocative than what BBC has traditionally provided.

I also enjoyed Into Thin Air 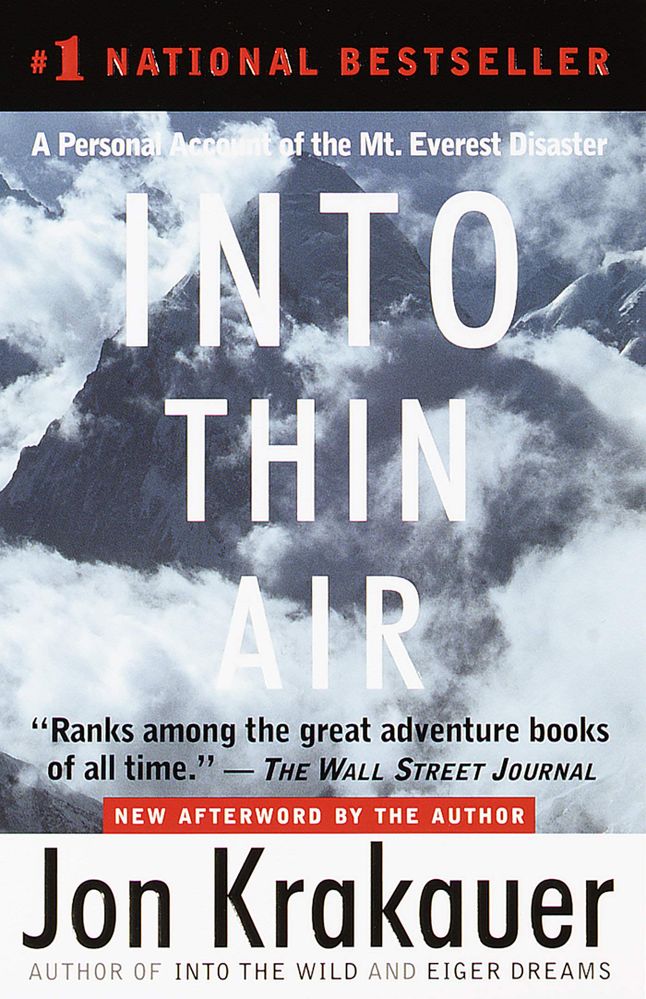 Re: Into Thin Air

@JoyLuck   I do remember watching the movie based upon the events of that book but whilst I thought it was a pretty decent movie (although I maybe mixing it up with other similar movies as it was quite a few years), I believe the reviews suggested that it wasn't really an accurate depiction of the actual events.  Certainly sounds like an interesting book to read, although have to admit I don't read as much as I should or used in the past but just might look into that one.

@Lorca  That sounds like an interesting series of books to read with no disrespect to @Korth's preferences of course! 😊

... no disrespect to @Korth's preferences of course! 😊

lol well if it’s a thread about books for all then I recommend the Cormorant Strike books! Not made for tv btw, that was done later. I also listened to them on audiobook and the narrator was exceptional. I also didn’t want to mention Rowling because it was fun for me not knowing when I read them.

I had not seen the movie, but did enjoy the book. After reading Into Thin Air, I read the  following which was from another point of view of the tragedy that took place:

The Climb: Tragic Ambitions on Everest